So you have your Facebook profile up. Now what? How do you harness Facebook to build your brand? One of the best ways to maximize your efforts is to host a Facebook Promotion. It’s just like a promotion you’d run for customers and potential customers, except you’ll utilize the power of Facebook to get people involved.

Have you ever been to a Halloween party where the best costume won a prize? How about entered your name to win a free car at one of those setups at the mall? Scoured the newspaper for coupons?

If you’ve done any of these things, you’ve participated in a promotion. And now that social media has become such a large part of people’s lives, you can use similar promotions on Facebook for your business.

Okay, so exactly how can running one of these promotions help your business? Here are some tangible, measurable benefits of a successful promotion:

Wasn’t that costume party more fun when you knew the costumes were going to be judged? Even for people who don’t dress up, scoping out the room for great getups, puzzling over the strange ones, and trying to predict who will win is almost as fun as the party itself. It’s the same with Facebook. Having a public place to display all of the entries can spark conversations and engagement all by itself.

When you saw that shiny new car in the middle of the mall and found out all you had to do was sign up and it could be yours, did your imagination run wild? If you’re like me, you dreamed about the mileage you’d save, that new car smell, and taking road trips in your new ride. Heck yeah, I’ll sign up for that! And so will Facebook users.

Having followers and engagement is one thing, but email is still one of the most effective ways to market to your ideal clients. And so are Twitter, Instagram, Pinterest, LinkedIn, and plenty of other platforms. Facebook might be the single largest channel out there, but it’s only the beginning. With Facebook Promotions, you can expand your reach to additional platforms using your existing Facebook following.

And, of course, it’s ultimately about your bottom line. You know you need to put out quality posts and content to get new followers and hold their interest. Facebook is a great place for people to connect and have fun, but as a business you simply can’t afford to put out great content if it doesn’t result in sales. With Facebook Promotions, you can leverage all of your hard work and make those sales.

So What Makes a Great Promotion?

The best way to set yourself up for a successful promotion is to have clear goals in mind, know your audience, and carefully plan it all out. That’s where Vivid Visual Solutions comes in. We’ll help you decide which type of event to run, build an enticing promotion, and measure the results so you know what’s working and what isn’t. 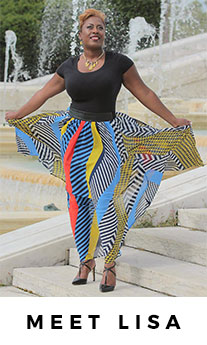